Archilume is much more than a lighting design studio. It is the well-lit intersection of form, function, and technology. It’s the bright crossroad of industrial design’s intentional manufacturing and interior architecture’s emphasis on use-of-space.

It’s the engine of forward-moving design ensuring the product is more than a passing trend.

It is the brand determined to lead the exploration of LED decorative lighting capabilities delivering mechanically sound products at every turn. Archilume is an industrial designers’ dream of what lighting should be.

Since its founding in 2013, Archilume has been producing glare-free decorative luminaires that revolutionize the use of innovative lighting technologies.

With the advent of their now iconic micro canopy P1M pendant, Archilume was among the first to use energy-efficient LED chip-on-board technology in a luminaire.

With the P1M, Archilume helped lead the way for the application of the principle of total internal reflection optics in decorative LED lighting. This story of “design beauty” meets “science beast” would become the ethos that is the award-winning Archilume studio. Their mission: to lead the evolution of the ever-changing LED lighting industry and create earth-friendly products that offer a seamless installation process. The Archillume luminaire, though decorative, is known for its quality, consistent lighting.

Sometimes overshadowed by the luminaires lies Archilume’s masterpiece of industrial design ingenuity. Configurate is the brand’s modular ceiling canopy system that allows Archilume pendants to be hung in a myriad of customizable patterns. Configurate uses the ceiling plane as a decorative element to create a completely customizable lighting installation for each individual space. Thus, inviting the design community at large to join the studio’s think tank in creating unique constellations of lights.

Beyond the lights is the brand’s determination to take care of the environment throughout their manufacturing process. Since 2013 and their first modern energy-efficient LED luminaire for architecture and interior design use, Archilume has been motivated by curiosity pushing the boundaries of the industry’s LED expectations. Not only is an LED more efficient than most other light sources, but they consume less energy at a specific output, and they do not contain harmful mercury. The long lifespan of an LED also means there is less disposal adding to the global waste crisis. In 2021, with the arrival of an organic LED, commonly referred to as OLED, Archilume once again led the way with their Ovolo  luminaire. Housed in recyclable aircraft grade machined aluminum – as with all Archilume metal housings – Ovolo features a naturally diffuse human-centric OLED light source that provides a soft, comforting yet bright full-spectrum illumination resulting in an artificial light that closely resembles daylight.

Designed and manufactured in Vancouver, Canada, Archilume’s manufacturing ethics stem from a principle of maximizing the use of smaller local production facilities to create an inherently energy efficient product with a reduced carbon footprint. This business practice contributes to a healthy local economy with high standards of production quality.

“We have had huge success in building a practice using local manufacturing because of the high standards of quality control we can exercise with our fabrication partners,” says Archilume owner and lighting designer, Saleem Khattak. “There are many small manufacturers who do good quality work in British Columbia, and we value keeping this production alive and thriving in our home province.”

In 2006, as Senior Designer at Joel Berman Glass, he and industry icon Mr. Berman combined their talents to create “HEAT” a sculptural LED luminaire of decorative kiln-glass. Saleem went on to lead the design team’s largest project – approximately four miles of decorative glass installed at the Hammad International Airport in Doha, Qatar wherein the team first explored the possibility of then produced three-sided printed glass panels.

The printed pattern itself – a scalable triple laser graphic based on the hexagonal motifs of the local traditional architecture it, itself, designed by Saleem. His creativity boom during the time at Berman Glass is evident in the company’s legacy of public art installations stretching across Canadian prairies from Vancouver to Winnipeg. Now with his own company, Saleem creates an environment of curiosity, challenging assumptions and the Archilume studio thrives on the design development of sleek tech-savvy luminaires. 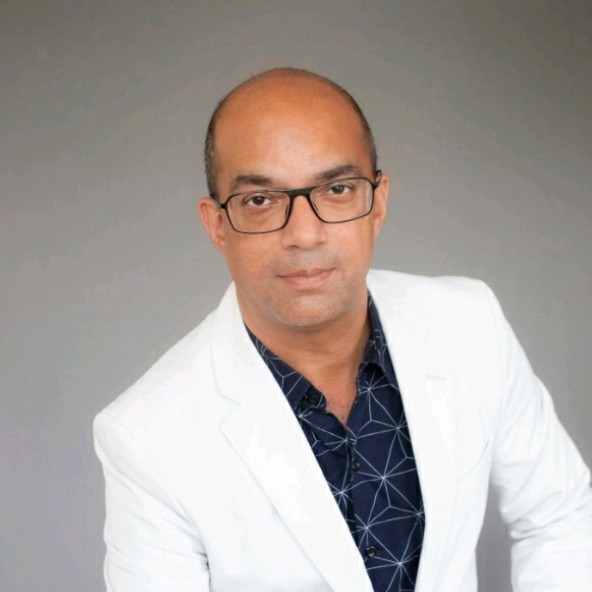